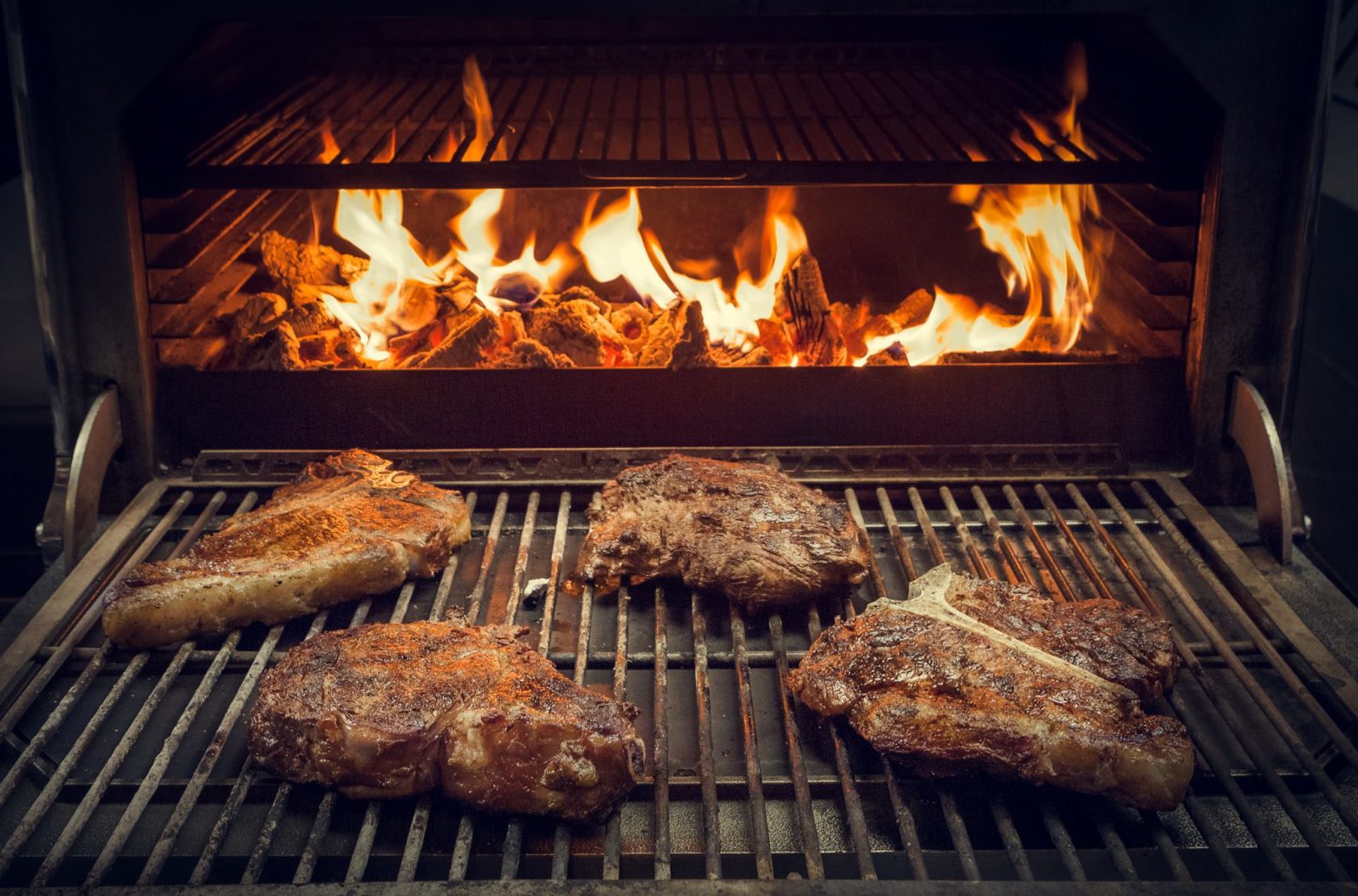 London has a buzzing food scene with cuisine from every corner of the world but one cuisine that tends to get overlooked is its own national cuisine. Yes – it does actually exists and we are here to prove it. Whether you are looking for traditional British food or fusion or simply want to try fish and chips in a traditional setting, we have you covered.

We have scouted around London and bring you some of the best British restaurants in London. 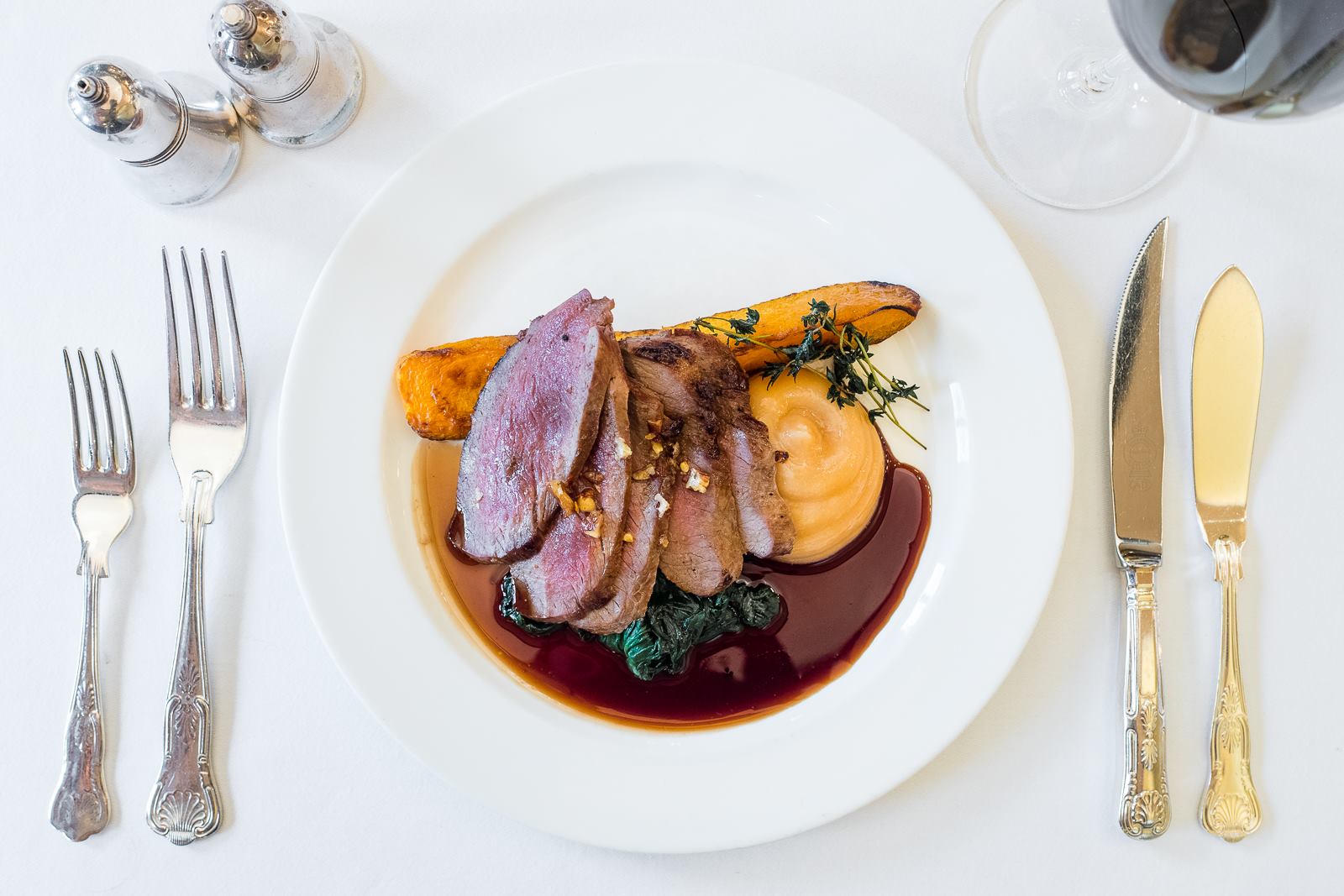 Rules in Covent Garden not only offers traditional British food but it is also the oldest restaurant in London. Expect to see whole-hearted traditional dishes such as pies, puddings, oysters and game meat fresh from Rule’s own High Pennines estate.

As soon as you step in, you will be greeted by Tuxedoed waiters. Travel back in time as the interior that has not been changed since the Edwardian times, lush claret-coloured velvet upholstery and wood panelling. The heritage of this classic British restaurant will certainly not go amiss. The past has been perfectly captured on the walls, with drawings, paintings and cartoons of the talent and famous people that have visited Rules.

Simpsons in the Strand 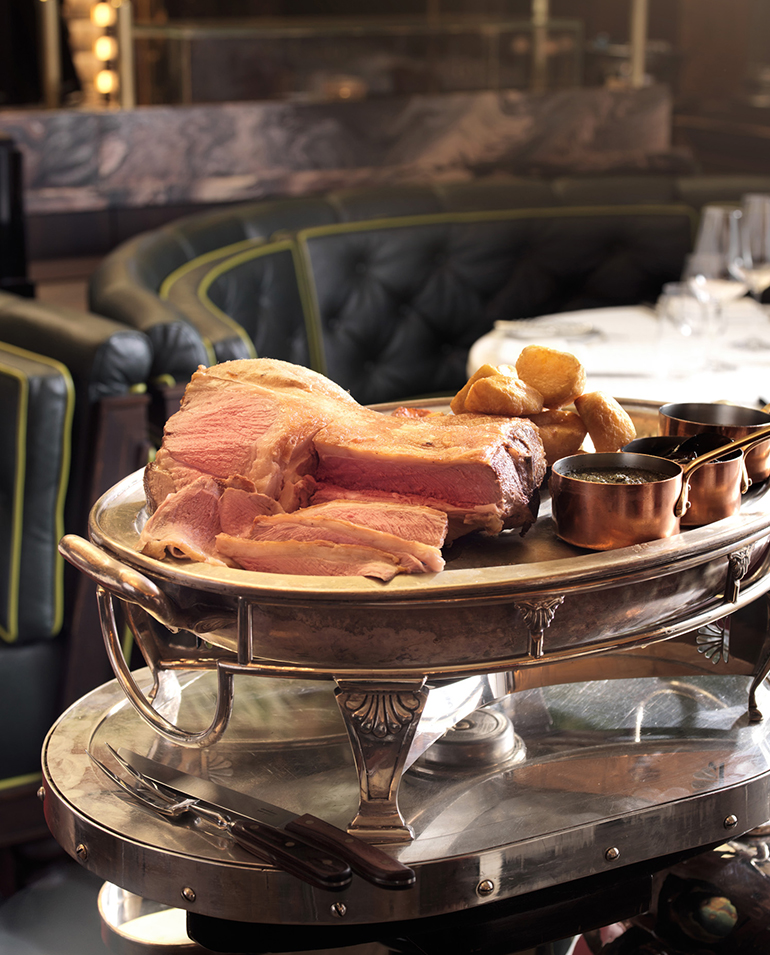 What started as a chess club and coffee house back in 1828, the theme of chess is still interwoven in its story today. Since its early days when one of its first master chefs, Tomas Davey, insisted on only using fine British ingredients and having a ‘Bill of Fare’ rather than a ‘Menu’, the restaurant has offered diners a contemporary celebration of the British cultural heritage. Regular diners have included Sherlock Holmes and Dr Watson – according to the novels!

Certainly, a browse of the Bill of Fare portrays an excellent selection of the finest British produce including fine oysters, Exmoor Caviar, Dorset Crab and excellent Loch Duart Salmon. This historic British restaurant is well-known for its carving trolley which is wheeled around the room serving roast beef and lamb every day. The main dishes are quintessentially British and include such time-honoured favourites as beer battered fish and chips – with chips that have been triple cooked, steak and kidney and braised beef in Guinness plus the house special – Simpsons Wellington.

Where: Various locations across London ( click here to view all locations )

Hawksmoor is one of the capital’s beloved eateries, this award-winning restaurant is known for its delectable steaks. With a commitment to serving only the best British beef, the meat is grass-fed dry-aged beef and as a man cannot live on steak alone they also offer some of the best and sustainably sourced seafood.

Stylishly decorated in Art Deco, Hawksmoor is the perfect place to relax over a steak cooked to perfection. The range of starters and seafood captures the true taste of Britain. The main course is, of course, steak with a full range of cuts – the steaks weigh on average of 500g so perfect if you have a hearty appetite or if you prefer, you can share. There is a good choice of sauces and some great sides including cauliflower cheese, macaroni cheese, mash and gravy and deliciously roasted field mushrooms. Hawksmoor has also won the title ‘Best Sunday Lunch in the UK’ – for its excellent roast beef. 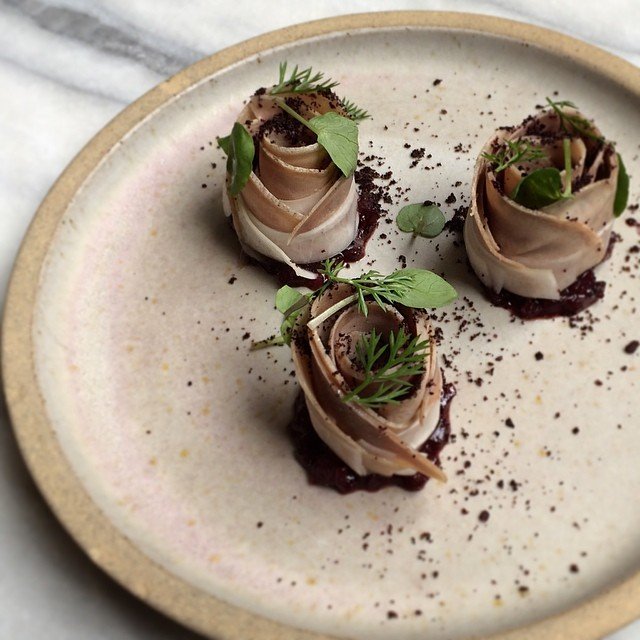 Fairly new to the scene but The Clove Club in London’s Shoreditch has enjoyed a meteoric rise to fame since it was opened in March 2013 by three food aficionados. Their ethos is to present elegant food in a relaxed setting. In 2018 they were awarded a Michelin star and the highest placed British restaurant in the World’s 50 best restaurants award. The restaurant is decorated in a blue and coffee palette, with plenty of tall leafy plants and an open blue-tiled kitchen where the chefs can be seen in action…

The restaurant is a front runner in a new approach to food menus as it offers a tasting menu with a variety of courses (Greek Mezé style) that presents new flavours with a new twist – the menu highlights the best British produce – particularly vegetables. The ambience in the restaurant is very relaxed with no hovering waiters – if guests would like their glasses re-filled with wine or water they can do it themselves! Dishes include flamed Cornish mackerel and haggis buns, buttermilk fried chicken and wild fennel granita. 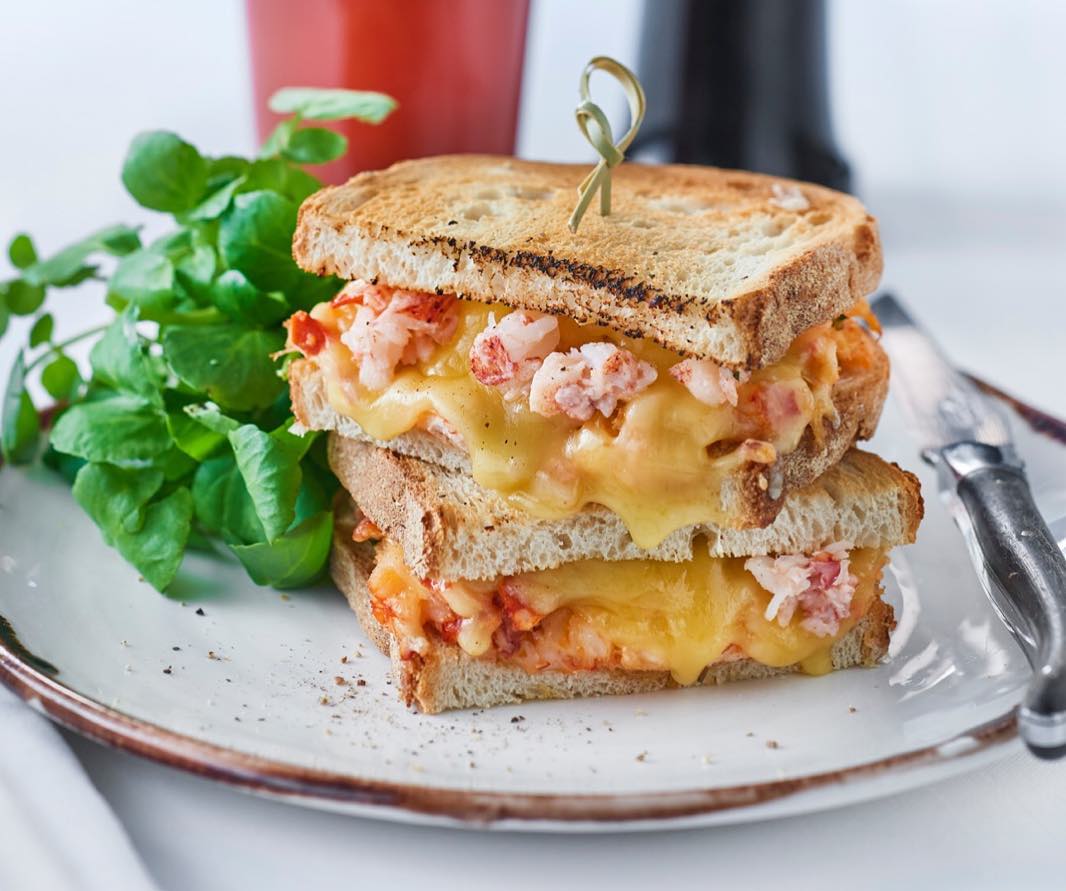 Le Caprice in St. James is an iconic yet modern British restaurant, famously known as Princess Diana’s favourite restaurant. This low lit, glamorous British eaterie with shimmering mirrored walls and black and white decor, Le Caprice exhibits 80’s Art Nouveau. Opened in the 1980s, not much has changed in the timeless restaurant and to this day it is always packed, buzzing with a lively atmosphere.

The menu is designed to please the customer rather than the Chef and features great British dishes along with hints of European and American cuisine. There is a seasonal game, fish and meat plus a renowned list of desserts. The dishes are all made with carefully sourced ingredients and presented in a contemporary style. Recently, it has also gained popularity for its weekend brunches.

The Game Bird- the Stafford 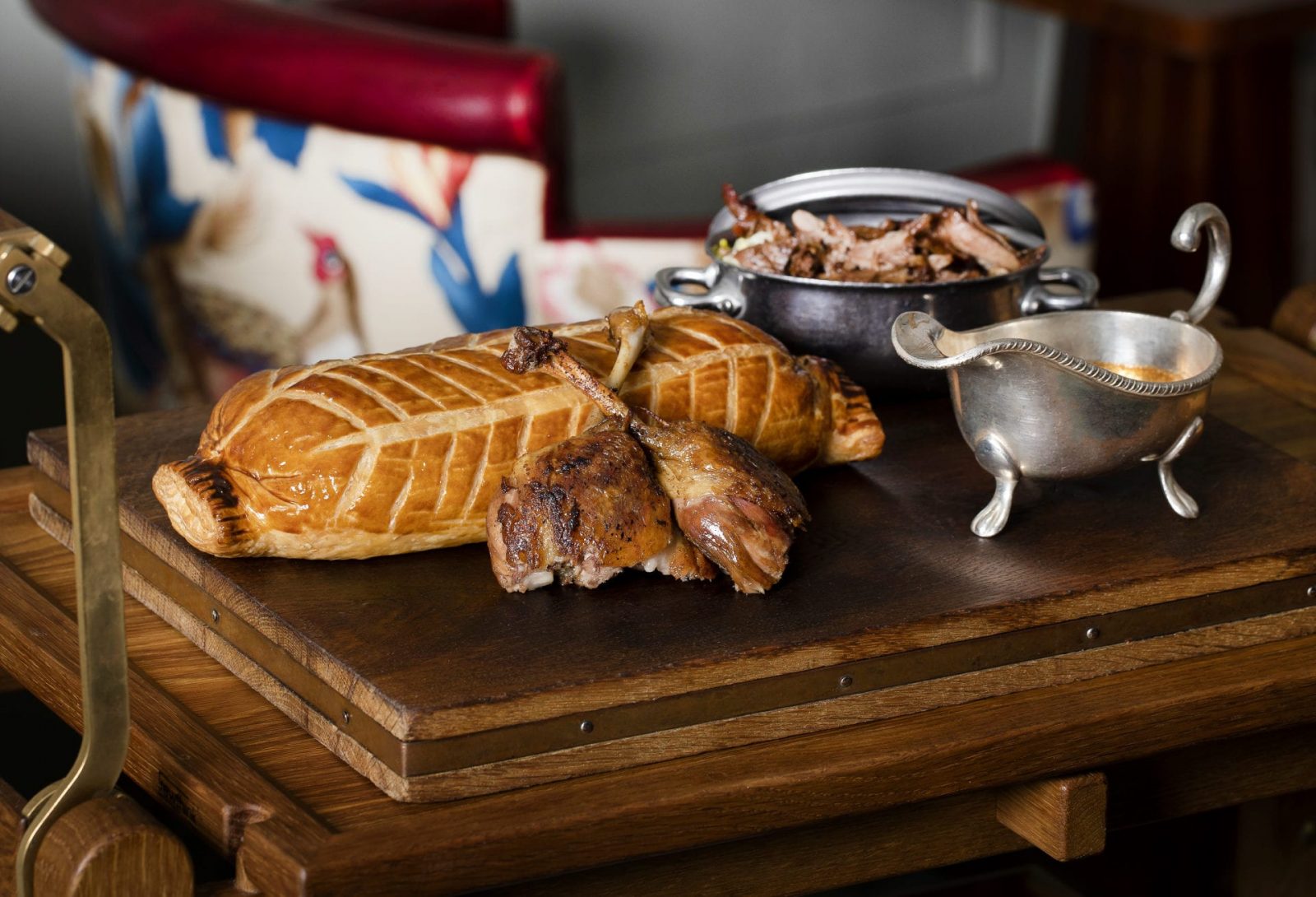 The Game Bird is what we would describe as the hidden gem of British restaurants in London. Offering an informal and relaxed dining experience without compromising on the quality. The Game Bird is an excellent British joint offers comfort British food using the very best seasonal produce, much of it from local artisans including family-run farms.

Classically styled with pale blue walls adorned with original artworks by local young artists and there are intimate dining booths. The perfect way to begin your evening at The Game Bird is in the stylish Champagne Bar. The menu is described as a ‘theatre of the senses’ and offers diners uncomplicated excellence with many time-honoured classics including meat with own smoked and cured hams and excellent game. The dishes are beautifully presented and served with panache. Sunday roast lunch is very popular. 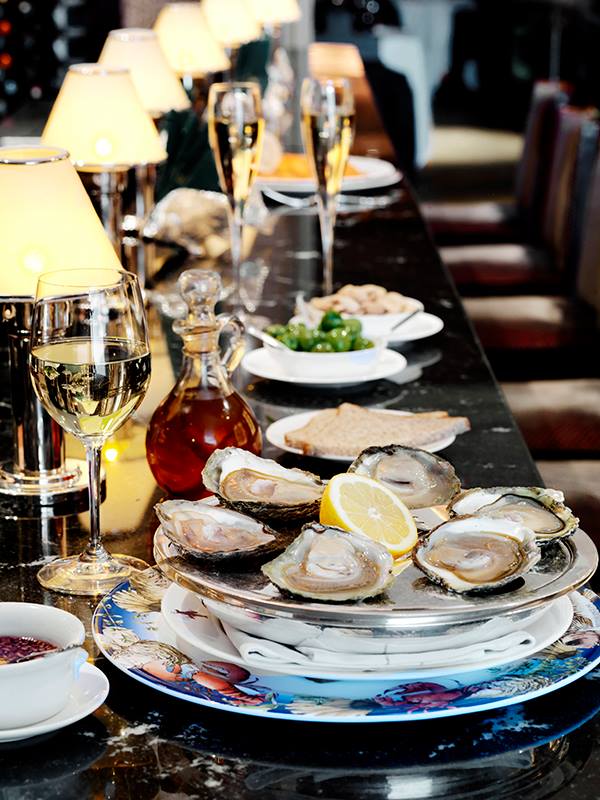 Wiltons first opened in the capital as an oyster bar in 1742 and today has evolved into one of the top restaurants in St. James. The name ‘Wiltons’ has long been synonymous with fine oysters, wild fish and excellent game with traditional courteous service.

Acknowledging its roots, Wiltons still has an oyster bar ( which we highly recommend ). Wiltons has that timeless elegance built on its long traditions and serves some of the freshest fish, game and meat in London. The menu offers ‘the best of British’ which includes Royal scallops, a selection of caviar, an excellent fish pie and delicious flavoursome lamb cutlets. If you enjoy good fish, there is Dover sole, halibut, skate, sole and lobster to choose and all are cooked perfectly so that their delicate flavours can be enjoyed. Oh, and did we mention, they also have a carving trolley, where the chef carves right in front of you.

There is a good choice of tempting desserts and a cheeseboard that showcases British farmhouse cheeses. 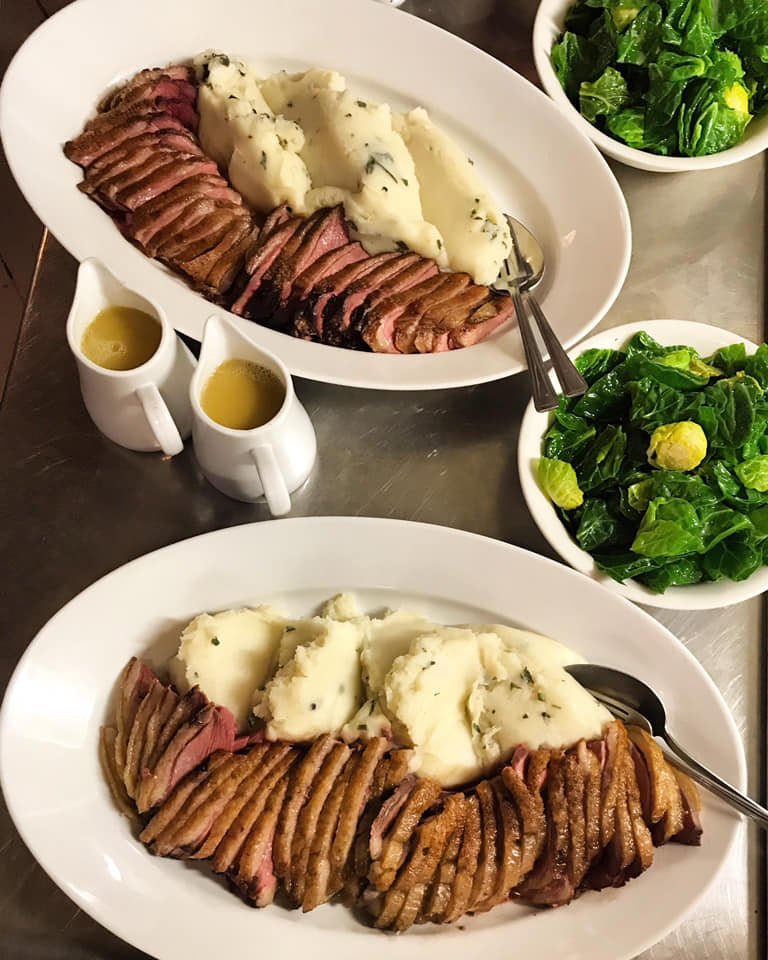 St John is a really interesting place to go for a meal as it specialises in the more unusual British dishes. Opened in 1994 in the former smokehouse on the corner of Smithfield Market which had not been used since 1967. The restaurant has developed an almost cult status as one of its owners Fergus Henderson has specialised in a ‘nose to tail’ menu which offers cuts of meat rarely seen on menus and plenty of dishes with offal.

With its own bakery on offer and in 2008, the restaurant started producing its own wine labels. The dining style is very relaxed and friendly. The signature starter is bone marrow on toast with parsley sauce which is extremely popular. Offal dishes include pigs ears, pigs trotters and bone marrow and when they are in season, squirrel also appears on the menu. The puddings are delicious traditional ones including bread pudding with butterscotch sauce and really tasty ginger pudding. 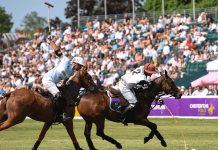 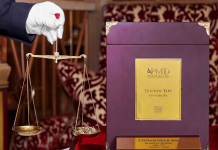 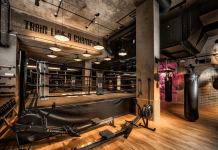 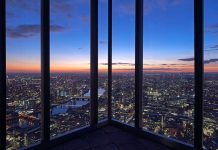 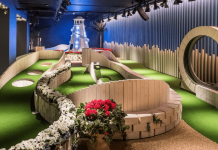 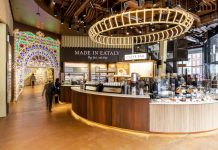