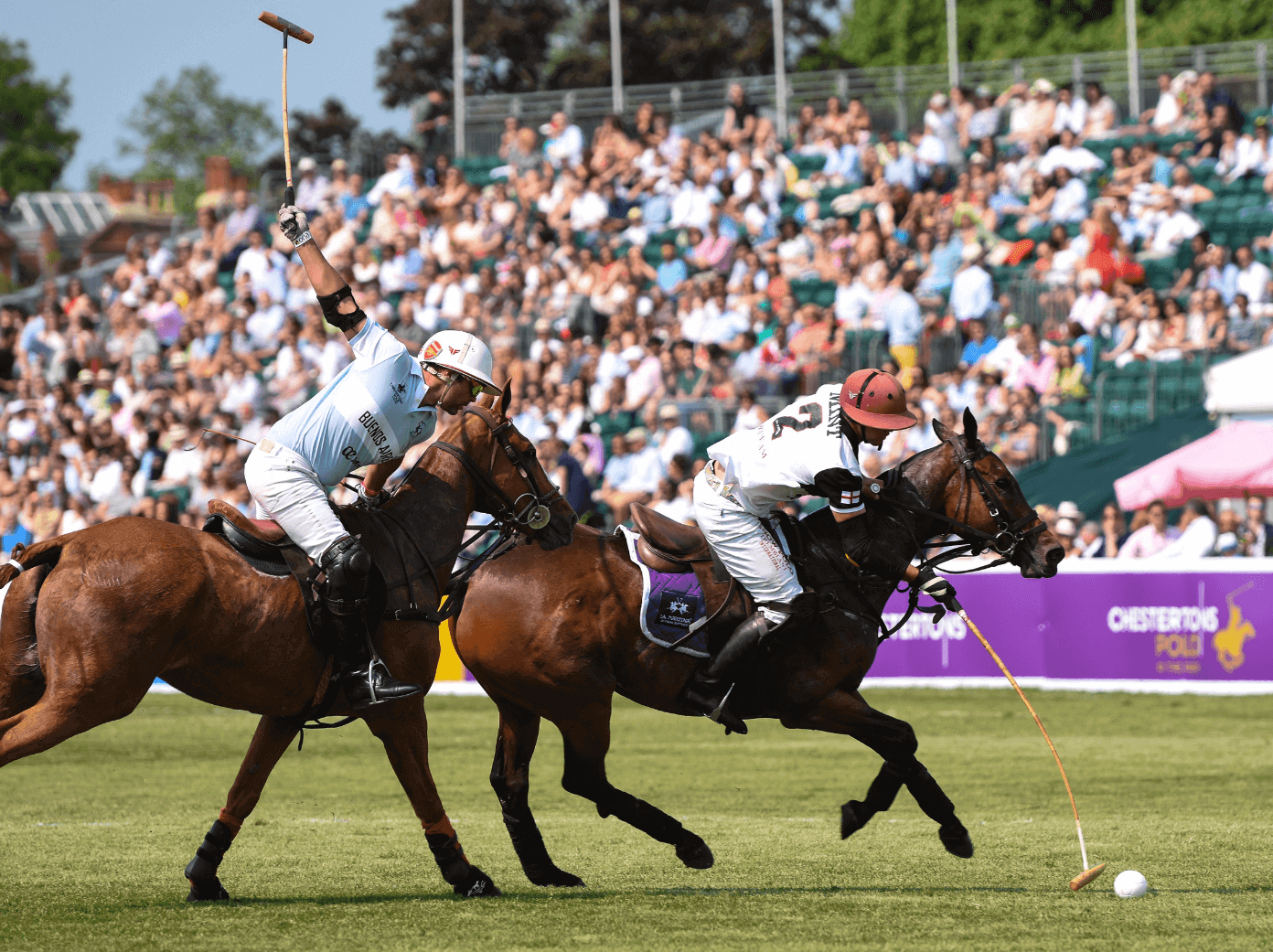 The Chelsea Flower Show this year will commemorate the Queen’s Platinum Jubilee with several decorative floral and plant displays, including a sculptural portrait of Her Majesty made from flowers. Her Majesty’s silhouette has been fashioned in the official Platinum Jubilee hue of purple by renowned florist Simon Lycett, who is best known for producing arrangements for the royal family. It will include 70 terracotta pots, each planted with Lily of the Valley, the monarch’s favourite plant, and will be covered on both sides with a selection of natural British-grown branches.

‘This year’s RHS Chelsea is going to be particularly special as we celebrate this historic anniversary for Her Majesty and as the show returns in May following the pandemic,’ says Helena Pettit, Director of RHS Gardens and Shows.

The Investec Derby is the birthplace of thoroughbred racing. 243 years, a different champion was crowned every time. This year, The Cazoo Derby is poised to celebrate Her Majesty the Queen’s Platinum Jubilee. Making this historic event even more special.

No race on the planet is quite like The Derby at Epsom Downs Racecourse. The Derby is for everyone, from racing royalty to racing rookies. We open our gates, arms and hearts to the world. In a way, everyone rides The Derby, being part of it, getting carried away and taking that feel good carnival spirit back home.

3Chestertons Polo in the Park

A firm fixture in London’s social calendar, Chestertons Polo in the Park brings world-class polo to the Capital. The unique, fast-paced format makes one of the oldest equestrian sports easier for both newcomers to follow and dedicated polo fans to enjoy the excitement.

It’s not just about the sport, the ultimate summer social brings fashion, food, fun and family together; shop the latest trends, enter style competitions, enjoy delicious street eats at the Fulham Food Festival, relax in one of the many pitch-side bars or party hard with live music and DJ’s in the legendary Mahiki tent.

Guards Polo Club’s premier polo event, delivering plenty of high-goal polo at Smith’s Lawn and other associated grounds. This tournament attracts the world’s top players and their incredible ponies ensuring fast-paced play in every chukka. Sponsored by Cartier since 2012, This year an incredible 15 teams have entered the tournament, including some of the world’s greatest players.

Glyndebourne is an annual opera house in the heart of the Sussex countryside. It all began with a love story in 1934, when founder John Christie met soprano Audrey Mildmay. Glyndebourne is now one of the finest and most celebrated opera houses in the world, delivering performances to some 150,000 people. Each summer, from May to August,  the Glyndebourne Festival stages, world-class opera during which audiences can enjoy opera in an indoor auditorium.

Glyndebourne offers the perfect opportunity to dress up for a day, with a tradition of a formal dress code. A key part of the Glyndebourne Festival experience is the 90-minute interval which offers a chance to enjoy a picnic in the gardens or dinner at one of the three on-site restaurants.

This summer, the longest-running horse racing event returns. Revered across the globe, Royal Ascot attracts many of racing’s finest horses. Equally synonymous with sartorial elegance, being awash with exquisite fashion and fine dining. From the arrival of the Royal Procession as the clock strikes two to the communal singing around Ascot’s Bandstand, each of the five days is an event which must be seen to be believed. The royal enclosure is upheld by a formal dress code, hat and tails are mandatory for men while women should be covered from knee to shoulder and finish their look with some hats or headpieces. On the other end, The Queen Anne Enclosure has a slightly looser dress code, but men are still expected to wear a full-length suit with a collared shirt and tie and for women, a formal dress.

It’s time to get the strawberries and cream out. The All England Lawn Tennis Club will host Britain’s favourite tennis event again this summer following two pandemic-affected years. Wimbledon will commemorate its 135th anniversary in 2022, as well as the 100th anniversary of Centre Court. To mark the celebration of 100 years of Centre Court, a ceremony to mark the occasion will take place on Middle Sunday.

For 2022, guests who were successful in the 2020 Wimbledon Public Ballot and took up their ticket offer have been offered the same day and court. However, you are still welcome to queue or try your luck with resale.

A quintessentially British event that is not to be missed. Henley Royal Regatta is undoubtedly the best-known regatta in the world and a highlight of both the summer sporting calendar and social season. The Regatta attracts thousands of visitors over the week. With over 300 races of an international standard, which can include Olympic rowers, as well as crews new to the event.

Whether you’re a first-timer or a seasoned Member, the Regatta is sure to offer you a great day out – with plenty of racing action, great food & drink and an electric atmosphere.

Goodwood is arguably the world’s greatest celebration of motorsport and car culture. Held in the beautiful parkland surrounding Goodwood House, the Festival of Speed presented by Mastercard is motorsport’s ultimate summer garden party, an intoxicating celebration of the world’s most glamorous sport. Nowhere else will you get so close to the cars and bikes as they blast up the Hillclimb track; nowhere else will you enjoy such unrestricted access to the machines and the drivers who made them famous.

The London Concours, presented by Montres Breguet, is a luxurious automotive garden party hosted right in the heart of the City of London. This hugely exciting automobile extravaganza will see 80 of the world’s most precious cars gather in the gardens of the historic and beautiful Honourable Artillery Company Headquarters and will include a ferocious collection of horsepower arranged in specially curated and themed displays chosen by the London Concours Steering Committee. The three days offer entertainment on the lawns, beautiful retails chalets with luxury brands and artisan goods, and a delicious selection of food and beverages to match.

The Formula 1 Lenovo British Grand Prix returns as the biggest and fastest sporting event in the UK. This is your chance to get together, witness the best racing in the world and be thoroughly entertained. Tick this off your bucket list. It’s an unrivalled weekend festival of limitless fun, energy and entertainment with plenty of on and off-track action.

Once the racing action finishes, Silverstone’s Official Party – Mahiki will keep pulses racing as you dance with DJs late into the evening. When darkness falls, the dancefloor fills. 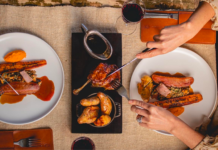 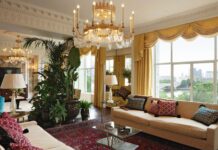 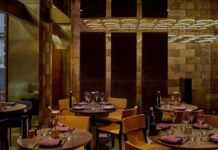 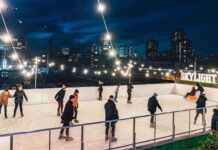 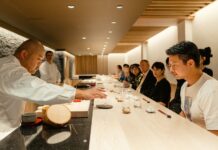 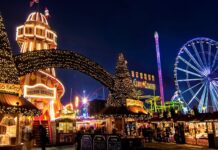 12 BEST CHRISTMAS MARKETS IN THE UK